Neeraj Chopra Biography, Cast, Height, Coach, Gold Medalist details are here. Neeraj Chopra came into the public eye on Saturday 7 August 2021 after winning the gold medal in the Men’s Javelin Throw of 87.58 m final at the Tokyo Olympics 2021. He is the only one who won the Gold Medal in Tokyo Olympic 2021 for the country India. He is one among the two Indians who win an individual Olympic Gold Medal for the country other than Abhinav Bindra. To know more information about Neeraj Chopra people are advised to read below. 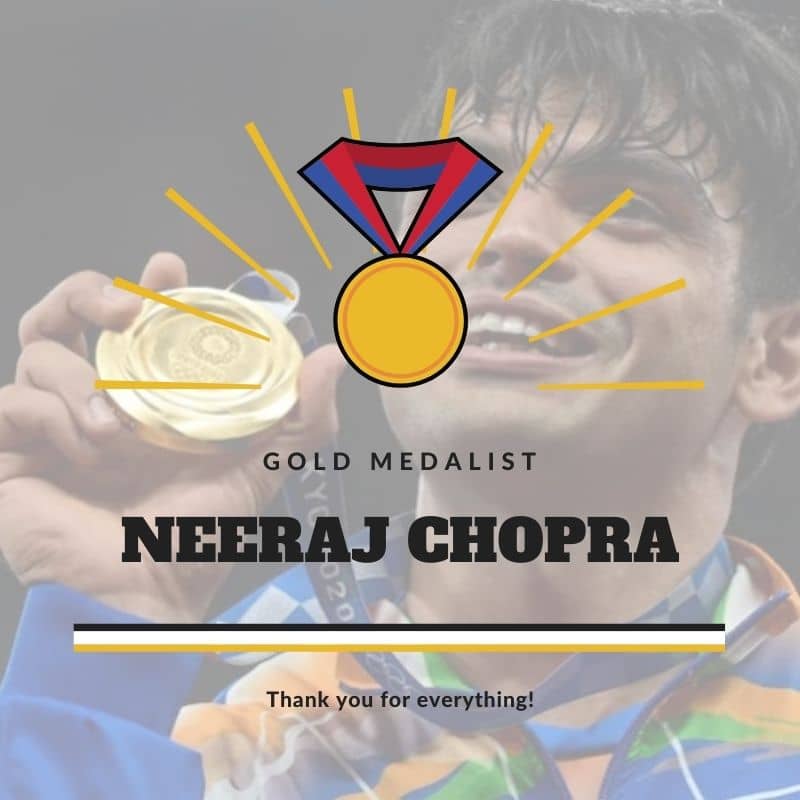 National Hero Neeraj Chopra was born on 24th December 1997 in Khandra Village, Panipat district in the state of Haryana. He belongs to a Haryanvi farmer family. He completed his graduation from Dayanand Anglo Vedic College, Chandigarh, and currently pursuing his Bachelor of Arts from Lovely Professional University Jalandhar Punjab.

How Many Gold Medals Won by India in Olympics

In childhood he was facing obesity to overcome this he joined the gym. At the age of 13, he was admitted into the Tau Devi Lal Sports Complex, Panchkula. Now, the Journey started to make history. At the stadium coach Jaiveer Choudhry observing his ability to throw 40 meters without training. In the year 2012, he won Junior national in Lucknow. Followed by this, he participates in the First International Competition, the World Youth Championships in Ukraine, and won the first international silver medal in 2014 with 70 meters through. After one year in 2015, he raised his throw 81.04 in the All India Inter-University Athletics Meet.

In the year 2016 Chopra won the  IAAF World U20Championships in Bydgoszcz, Poland. However, he failed to qualify for the 2016 Summer Olympics. On the behalf of Chopra’s performance, the Indian Army offered him a direct appointment as a Junior Commissioned Officer in the Rajputana Rifles with the rank of Naib Subedar. In September 2016 he left the NIS Patiala because it was creating problems against his training and shifted to Bengaluru. Chopra participated in Asian Athletics Championships 2017 a won with a throw of 85.23 meters. In 2018, he recorded a season-best throw with 86.47 meters.

Neeraj Chopra ended India’s lost 121-year wait for a medal in an athletics event. His Javelin throw was 87.58m in the Olympic games. With the final throw, he created history and set an example for youngsteres. Neeraj Chopra returns to India yesterday and there was a grand reception for him in New Delhi. Neeraj Chopra is receiving blessings from all of the countries. Narendra Modi, Prime Minister of India Congratulate him for his great work for the country.

Chopra looks like a hero and now everyone knows about Neeraj Chopra. He is 23 years old. Before the Olympic game, Neeraj had long hair which gave him good looks, stylish, cool but, in Olympics, he chopped his hair. The main reason behind he said that long hair was creating problems while practice so he decided to chopped his hair.

Neeraj Chopra said while a video conference with the Prime Minister that he was practicing since 2013. When it comes to Tokyo Olympics 2020-2021 the games were postponed due to Covid-19. He said that he had a serious injury in 2019 and with the fast recovery he prepared himself for the Tokyo Olympics 2021. After the games were postponed he got more time for Practice and then he performed with confidence and won the Gold Medal 2021. The whole country is proud of him today and giving him blessings for the next Olympics.