Introduction to Little Things Netflix Season 4 Review: The people who’re eagerly waiting for the Little Things season4, here’s some good news. Little Things Season 4 has come up with an exciting storyline that entices you. In this article, you’ll discover the review of Little Things Season 4 in detail. Before getting into the season 4 details, let’s quickly collect the cast and crew of this storyline. The cast of this series is Mithila Palkar, Dhruv Sehgal, Navni Parihar, Loveleen Mishra, etc. At the same time, the creator and directors of these beautiful series are Abhinandan Shridhar and Ruchir Arun. This series has successfully completed its three series on Netflix. Also, it gained tremendous response for the unique teenage relationship between two people. Usually, each episode continues for half an hour. You can watch this series either in Hindi or in English with subtitles. 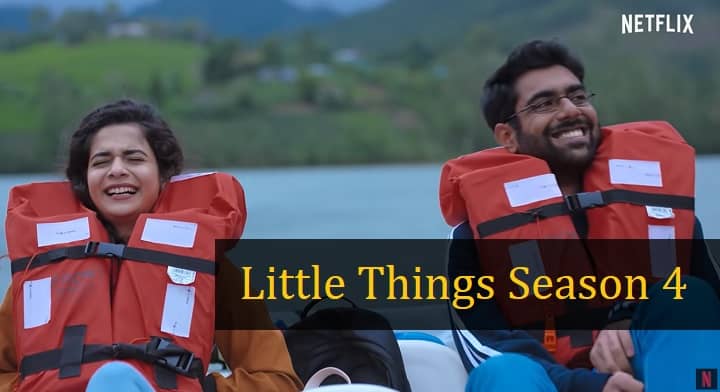 In Season 3, the end was heart-wrenching and tearful. The Dhruv Vats(Dhruv Sehgal) and Kavya(Mithila Palkar) parted their ways temporarily. Moreover, the cozy and emotional last kiss made the audience shed tears. However, season 4 starts 14 months after their last meet. This lovely couple meets in Kerala. Everything has changed from age to perspective about marriage. In the following section, let’s understand the strengths and drawbacks of the show. Be prepared to meet Dhruv and Kavya after a long time.

The show’s specialty is that every emotion on the cast’s faces can be easily understood by the audience who’re familiar with the previous episodes. The expressions convey a lot more than the words. Once the couple has met each other, the audience feels that the wait has been over and it’s time to end the long-distance relationship.

In this season, the two people who have been in a long relationship for over six years face the biggest questions in their life, such as marriage, kids, etc. One can also say that season 4 is more of a mature part than teens love. It reflects the massive questions of every teen lover after passing on their long relationship for a certain period.

As Kavya turns 30, her problems begin to rise. The writer cleverly portrays the pressure of not getting into a relationship as life happens the way it should be. However, the creators and directors don’t stereotype the issue. Season 4 is definitely a game-changer to the show and deals mostly with the responsibilities of children towards parents, dealing with their peers, and overcoming social pressures. Meanwhile, the DOP captures the beauty of the green lush and presents them impressively without missing the details of the storyline. Another appealing factor of the show is the decisions made by the couple.

The couple is left free to decide their life without any restrictions. Also, not to forget one of the significant persons of the show, Music Director, Neel Adhikari. He makes the scene more lively and fills with feel-good vibes. The background music makes the scenes more attractive, adding a dash of love and fun.

Coming to the performance of Mithila Palkar and Dhruv Sehgal as Kavya and Dhruv, it’s no surprise to say that they are brilliant actors. The audience never feels them as actors or artists. Instead, they make everyone believe as if it’s happening naturally. Although Dhruv steals the show and grabs everyone’s attention, Mithila is also a great character who makes the show more lively. Meanwhile, the supporting characters such as Navini Parihar and Loveleen Mishra nailed the show with their presence.

There are also a few cons or weaknesses to the show that makes the audience bored or uninterested(Not for all audiences, but most of them feel the same way as discussed in the article). Mainly, the show stocks in episode 8. The makers of the show highlight numerous issues. However, they can still be improved by adding a dash of solid narration and cheesy scenes. Also, there would be several contradictions to the show as too much maturity level cannot be accepted by everyone. In this case, the makers can’t escape from the critics.

In a nutshell, the show is excellent and steals everyone’s heart at one shot, especially in the climax. Since the characters nail the show, people of all ages get addicted to it.